Western Nations Worry That Children Won’t Be Better Off

The present is getting better. The future, not at all. 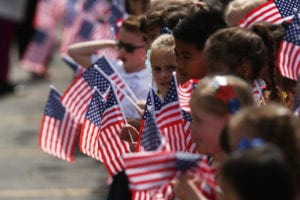 Even as more Americans say the economy is improving, a clear majority remain fearful about their children’s financial prospects, according to a study released in early June.

The pessimism is not limited to the United States, either, according to the report, which was produced by the Pew Research Center. In France, more than 70 percent of respondents said they doubted that their children would be better off financially, with a similarly bleak outlook reported in Britain, Spain, Italy, and Germany.

“Even in advanced economies where people think they are doing well, like Germany, the Netherlands, and Sweden, they are worried about their kids’ financial prospects,” said Bruce Stokes, director of global economic attitudes at Pew. “Clearly, even though unemployment is falling and growth is returning after the financial crisis, this pessimism raises questions about whether this is a temporary phenomenon.”

The Pew Research Center, a nonprofit, nonpartisan think tank, surveyed people in 32 countries this year and found that overall sentiment about the current economic situation had rebounded sharply from post-recession lows. But the views varied widely across borders.

While 86 percent of Germans feel good about current economic conditions, the most in the eurozone, only 21 percent in neighboring France feel similarly sanguine. Still, even in Germany, only 36 percent think their children will be better off; the figure in France is 9 percent.

In Britain, where voters shocked political leaders at home and abroad last June by voting to exit the European Union, 51 percent approve of the state of the economy, a figure nearly unchanged from 2015, while 24 percent think the next generation would do better.

In the United States, the outlook has improved steadily in recent years, with 58 percent terming the situation good, up from 40 percent in 2015. Despite that, only 37 percent of Americans believe their children will be better off financially.

After decades of struggling to recover from the collapse of the Soviet Union, more than half of Russians expect things to be better for the next generation. Faster-growing countries like India, the Philippines, Nigeria, and Ghana, which have undergone an economic transformation in recent decades, also show high levels of optimism.

The survey was conducted through telephone or face-to-face interviews in each country. “We in the West have always thought the future would be better, and we invested in it and saved for it,” Mr. Stokes said. “But this hasn’t been the case in recent years.”

In the United States, the gloom about what lies ahead for the economy is evident on both sides of the aisle. Among Republicans, 50 percent are doubtful about future economic prospects; 62 percent of Democrats are in the pessimistic camp.

At roughly 2 percent, the American economy’s growth rate in recent years has been tepid by the standards of past recoveries, disappointing both policymakers and consumers looking to regain ground lost during the recession from late 2007 to mid-2009.

But steady hiring, a recovering housing market, and soaring stock prices have helped lift spirits, even with the anemic annual growth.

Last week, the government reported that the unemployment rate in May fell to 4.3 percent, which was the lowest rate in 16 years and was down more than a full percentage point from two years ago. But Americans with a college degree or more education, along with those in high-income households, have received the vast majority of the resulting financial gains.

Pew’s data tracked that divergence, with 69 percent of Americans with a bachelor’s degree satisfied with the economy’s condition, compared with 55 percent of workers with just a high school diploma.

Given that only one-third of Americans are college graduates, it is likely this split will persist, or even worsen.

“These people are experiencing a different economy,” Mr. Stokes said. “Everything we know from the economic statistics shows there is an income premium if you have a college education. It’s another reminder that we live in a very divided society, not just politically but economically.”