Profit-Sharing Plans for Your Small Business

Posted at 12:16h in Business, IRS by DeHoek 0 Comments
0 Likes
Share
Business owners who want to sponsor a retirement plan for employees (including owner-employees) have many options from which to choose. Knowing the basics and working with your CPA, can help entrepreneurs make an astute decision. 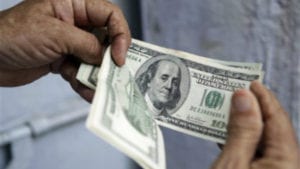 One choice is a “profit-sharing” plan. Despite its name, your company needn’t tabulate its earnings every year and divide that amount among its workers. Instead, the term indicates a plan in which contributions to employees’ retirement accounts are made by the employer. Therefore, a profit-sharing plan may help your company to attract, motivate, and retain valued employees. These plans are flexible, so employers can contribute more in good years and less (or nothing at all) when business is slow.

In 2017, employer contributions can be up to 100% of compensation, with a ceiling of $54,000. Of those contributions, the company can deduct amounts up to 25% of total compensation for all participants.

Profit-sharing plans must have a set formula for determining how the contributions are allocated among plan participants, but they needn’t be traditional pro rata plans, as illustrated in example 1. Instead, profit-sharing plans may be structured to put a greater percentage of compensation in the accounts of certain employees. Such a plan might result in a contribution of around $8,000 or even $2,500 to the account for Barb, earning $50,000, while Doris, earning $250,000, still gets $50,000 contributed to her account. These sophisticated profit-sharing plans must be constructed with care, to comply with federal rules; our office can help if you’re interested in this type of arrangement.

Participation in a profit-sharing plan typically must be offered to all employees age 21 or older who worked at least 1,000 hours in a previous year. Employer contributions may vest over time, according to a plan’s specific terms. Annual filing of IRS Form 5500 is required. Withdrawals generally will be permitted at retirement, plan termination, and perhaps at other times, such as after age 59½. Distributions will be taxed. A profit-sharing plan may permit loans and hardship withdrawals, but withdrawals before age 59½ may trigger income tax plus an additional tax of 10%.