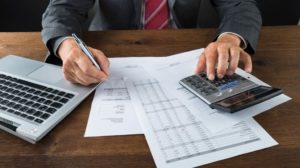 When a family member passes away, there are many decisions that need to be made and many emotions to handle. The last thing anyone thinks about is taxes. Several tax attributes and related tax planning opportunities are lost when a taxpayer dies. However, careful and thoughtful pre-planning for clients who are elderly or nearing death can result in substantial tax savings.

A decedent’s suspended passive activity losses are allowed on the final income tax return, subject to certain limitations. Sec. 469(g)(2)(A) limits the deductible loss. The amount of the suspended loss allowed as a deduction on the final income tax return is reduced by the step-up in basis for the related asset to fair market value (FMV) under Sec. 1014. Sec. 469(g)(2)(B) disallows the excess losses as a deduction for any future tax year.

Example: The taxpayer owns a rental property. The building has an adjusted basis of $500,000, an FMV of $550,000, and passive suspended losses of $75,000. The taxpayer does not have any other passive income. If the taxpayer dies during the tax year, the deductible suspended passive loss on the taxpayer’s final income tax return will be limited to $25,000 ($75,000 ‒ $50,000 step-up in basis). The deductible loss can offset other income such as interest, dividends, and earned income. The remaining $50,000 of passive loss will be permanently lost as a tax deduction.

In the example, if the property has declined in value and the taxpayer is not required to file a federal estate tax return, a practitioner should consider advising the taxpayer to gift the building before the taxpayer’s death. The suspended passive activity loss of $75,000 would be added to the donee’s basis in the property under Sec. 469(j)(6). Although the donee will not be able to use the suspended passive loss currently, none of the passive loss will be permanently lost as a tax deduction, as is the case on the decedent’s final tax return. If the decedent retained the depreciated property until death, the heirs would have a stepped-down basis in the property equal to the date-of-death FMV rather than the original cost basis. The lower basis in the hands of the heirs would create a larger tax liability when they later sell the property.

A practitioner who is aware that a married taxpayer is in failing health should look for opportunities for the taxpayer to sell assets generating capital gain income to offset capital loss carryovers. After the taxpayer dies, the spouse can continue to generate capital gain income during the remainder of the tax year to offset the decedent’s capital loss carryovers. Because the wash-sale rules apply only to securities sold at a loss, the surviving spouse can immediately buy back any securities sold if he or she deems them to be worthy investments. Any remaining capital losses are lost, and the estate or the heirs cannot deduct them.

Rev. Rul. 74-175 also limits the deductibility of net operating losses (NOLs) specifically attributable to the decedent to the final income tax return. The NOLs are not deductible on the federal estate tax return, and a surviving spouse cannot deduct the losses on future income tax returns. An NOL resulting from a business loss incurred on the decedent’s final tax return may be carried back to earlier years under Sec. 172.

Planning examples include selling appreciated property; advising the spouse to accelerate IRA or pension distributions; electing out of bonus depreciation; and delaying payment of state, local, and property taxes. If the taxpayer’s death is imminent, the practitioner may advise the taxpayer to withdraw additional IRA funds to offset the NOL. The IRA distribution will not be subject to taxation because the NOL will offset it. This plan avoids the inherited IRA’s being taxed to the heirs at a higher tax rate. Any unused NOLs attributed to the decedent will expire and cannot be carried forward to future tax years.

Regs. Sec. 1.170A-10(d)(4)(iii) provides that charitable contributions made directly by the decedent in excess of the current-year income limitation cannot be carried forward to future tax years by the surviving spouse.

Rev. Rul. 68-145 provides that a decedent’s executor can elect under Sec. 454(a) to report the increase in the redemption price of Series E or EE U.S. savings bonds as income currently on the decedent’s final income tax return rather than reporting the income when the bonds are redeemed. This election is beneficial when a decedent dies early in the tax year or otherwise has nominal income or excess deductions on the final income tax return. In a case where the taxpayer does not have excess deductions, the election provides an opportunity to use the decedent’s lower income tax brackets that would otherwise go unused.

Tax practitioners need to be alert to tax planning opportunities related to tax attributes and make plans for the final income tax return when they are aware that a client is approaching death. Although these issues may be difficult to address with a family during this emotional time, the tax planning opportunities can result in substantial income tax savings for clients and their heirs.

Contact us at DeHoek & Company for tax planning for you and your family.