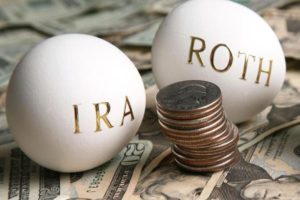 There are lots of good reasons to choose a Roth 401(k) — especially if you’re worried about taxes in retirement.

Though Social Security provides critical benefits to millions of seniors, those payments alone aren’t enough to sustain older Americans in retirement. These days, the average earner can expect Social Security to replace roughly 40% of his or her previous income, but retirees need closer to 80% of their former earnings to cover the bills.

The solution? Save independently, and one way to do so is via an employer-sponsored 401(k).

The good news is that most U.S. workers have access to such a plan, and these days, companies are doing an increasingly better job of helping working adults save for the future by offering Roth features within their plans. In fact, 70% of employers provide the Roth 401(k) savings option to their workers, a sizable jump from the 46% of companies that did so in 2012.

Of course, the one downside of contributing to a Roth 401(k) instead of a traditional plan is that you don’t get an immediate tax break on your money. But it still pays to save in a Roth 401(k) nonetheless. Here are just a few reasons why.

What this means is that if you’re 30 years old and max out your Roth 401(k) for the next 35 years, you’ll have approximately $2.7 million to work with as a senior, assuming your investments average a 7% return throughout that window. And that could make for quite the comfortable retirement.

2. Tax-free withdrawals
The beauty of both traditional and Roth 401(k)s is that you don’t pay taxes on your investment gains year after year. Rather, you get to reinvest that money instead of forking over a portion to the IRS, which helps you accumulate wealth. But whereas traditional 401(k) contributions get to grow on a tax-deferred basis, Roth 401(k) dollars grow completely tax-free. This means that once you put money into your account, you’re done paying taxes on it — forever.

Now, imagine you’re looking at the $2.7 million balance from our example above. With a traditional 401(k), that money wouldn’t be all yours — you’d lose a portion of it to the IRS, and that amount would depend on your tax bracket at the time. But if that tax bracket is, say, 33%, that means your $2.7 million nest egg is essentially whittled down to $1.8 million. On the other hand, when you save in a Roth 401(k), whatever balance you end up with is yours to keep in its entirety — something you’ll come to appreciate in retirement.

3. More flexibility with your money
Because you get an upfront tax break with a traditional 401(k), the IRS doesn’t take kindly to premature withdrawals. This means that if you need to access your money before the age of 59-1/2, you’ll be hit with a 10% early withdrawal penalty unless you happen to qualify for an exception. Roth 401(k)s, on the other hand, offer more flexibility. Since you’re not getting an immediate tax break, you’re allowed to remove the principal portion of your account at any time, and for any reason. So if you encounter an emergency and need the money, you can tap your account rather than resort to credit card debt.

Of course, this flexibility is actually a double-edged sword, because while you might get easy access to your money, the more you withdraw prematurely during your working years, the less you’ll have available to fund your retirement. But knowing that money is accessible without penalty can give you some peace of mind.

These are just a few of the reasons why it pays to put money into a Roth 401(k), so if your employer’s plan comes with this feature, do yourself a favor and learn more about it. Remember, too, that your savings can be split between a traditional and Roth 401(k) so that you reap the benefits of both plans — and that’s something to think about if you’re looking to get a tax break today without having to forgo that benefit entirely in retirement. Our team is happy to advise clients on their options, contact your accountant today.