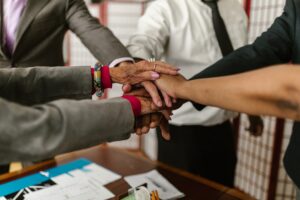 Before the tax-savings wonder that is the health savings account (HSA) was introduced in 2003, it was a generally accepted best practice for any worker who wasn’t already collecting Social Security at the age of 65 to go ahead and sign up for Medicare Part A (hospital insurance), regardless of other coverage. By being “in the system,” the person was more likely to avoid penalties for late enrollment in Part B (medical insurance), Part D (prescription drug coverage), or other Medicare policies if he or she continued working with employer-provided health care coverage, with no additional cost in premiums (since Part A is free).

This rule of thumb still applies, for the most part, but a crucial exception arises for anyone who works past age 65 and wishes to continue contributing to an HSA. As this article discusses, individuals who enroll in Medicare Part A are not allowed to continue funding their HSA.

A high-level overview of the Medicare enrollment rules is in order. According to Medicare.gov:

1. Taxpayers already receiving Social Security at their 65th birthday will automatically be signed up for Medicare. Taxpayers who aren’t yet collecting Social Security and are still covered by an employer’s group health plan because they are actively working (retiree medical plans do not count) may wish to defer signing up for Medicare at their 65th birthday in order to continue contributing to an HSA.

2. Besides the special enrollment periods available to workers who defer Medicare due to other eligible coverage, there are only certain times of year that Medicare recipients can sign up for or change coverage, which is why getting the sign-up process right is so important.

3. Signing up for Medicare Part B when first eligible avoids penalties. Generally speaking, taxpayers are able to defer Medicare past age 65 if they work for an employer with 20 or more employees while also enrolled in a group health plan based on that employment. However, they will need to take action to enroll upon leaving that plan in order to avoid lifetime penalties for late enrollment in Medicare Part B.

There are lots of quirks involved when determining whether a taxpayer is eligible to make contributions to an HSA (which are always tax-deductible as long as they are allowed), most of them having to do with health care plan design. But a separate rule that often trips up taxpayers is that HSA contributions are disallowed when a taxpayer has other coverage in addition to an HSA-eligible plan (Sec. 223(c)(1)(A)(ii)).

This applies to taxpayers whose other coverage is TRICARE (the health care program for uniformed service members, retirees, and their families). It also applies to anyone whose spouse is using a flexible spending account (FSA), which is technically other coverage under the HSA rules (limited-use flexible spending arrangements (FSAs) are the exception here and are typically offered alongside HSAs when available). Where this can get really sticky is when a taxpayer works past age 65 with HSA-eligible group health coverage.

It’s simplest to lay out the facts followed by an example to best help taxpayers and their advisers apply the nuances to specific situations:

Example 1: To illustrate how the six-month lookback period operates, let’s say that Ann plans to work until age 67 in order to reach her full Social Security retirement age and opts to defer Medicare until then as well in order to continue funding her HSA. If Ann’s birthday (and therefore her Social Security and Medicare enrollment date) is July 1 or later that year, she simply needs to stop any contributions to an HSA during the calendar year of retirement six months prior to her birthday.

Example 2: Using the above example, except for changing Ann’s retirement date to April 1, 2021, her Medicare enrollment with the six-month lookback would actually be Nov. 1, 2020. If Ann fully funded her HSA by the maximum allowable amount for 2020, she would need to recalculate for the two months of ineligibility then take steps to remove the excess contributions from the account. If Ann had already filed her 2020 income tax return before removing the excess contributions, an amendment may be in order as well to account for the loss of the tax deduction taken for ineligible contributions.

OTHER RULES TO KEEP IN MIND

Note that to defer Medicare past age 65, the taxpayer must be enrolled in an employer-based group health plan. An HSA-eligible plan through the private marketplace, COBRA, or a health care exchange does not suffice, and in that case, he or she must cease contributions to the HSA upon reaching age 65 and enroll in Medicare to avoid lifetime late-enrollment penalties.

Once a taxpayer is age 65 or older and no longer has coverage through an employer-based group health plan, he or she has eight months to enroll in Medicare Part B to avoid a penalty. If that deadline is missed, there is a risk of a lifetime penalty for late enrollment as well as being unable to enroll until the Jan. 1—March 31 window, which doesn’t start coverage until July 1. In other words, getting the Medicare Special Enrollment Period wrong risks a gap in coverage plus a lifetime of penalties.

It’s a best practice for taxpayers to go ahead and enroll in Medicare Part B as soon as they decide to retire in order to avoid this scenario.

When taxpayers opt to continue working past age 65 and wish to continue funding an HSA, they need to be very clear on the Medicare rules of enrollment to avoid either penalties for excess HSA contributions or late-enrollment penalties for Medicare Part B and Part D. By working with a qualified Medicare agent, you have a better chance of avoiding lifetime penalties and making correct enrollment choices. Your CPA will also be helpful both at tax time and in retirement planning.