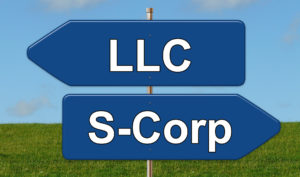 Conversion is often attractive, but limited liability company owners should think twice about such common pitfalls as having an operating agreement inconsistent with an S election or potential gain recognition.

Although an LLC’s election to be classified as an S corporation for tax purposes can have certain advantages, such as payroll tax savings, there are often significant downsides.

The following are 10 reasons for not electing S corporation tax classification.

For more details, read the complete article here; The Tax Adviser, or discuss with your CPA.